Since I started making fairy doors two years ago, I have constantly been asked “Do you do houses as well?”.

So last month, while the girls and I were playing with clay, I started building. Four hours later I was still building, – the girls had got bored and were off playing something else – but I just kept going.

Three days later I had four fairy houses and quite a substantial fairy pub.

It seems fairy’s favor houses with turrets and little windows. 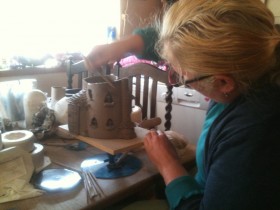 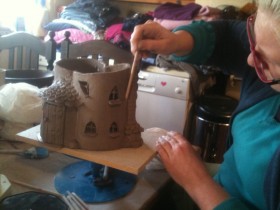 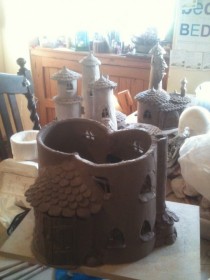 …and a bit more here… and it needs another window here… and a chimney and some more tiles.

Before I knew it I had a small fairy village! And three days had disappeared!!! 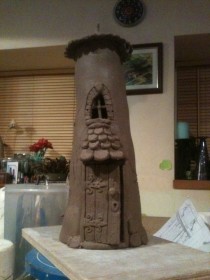 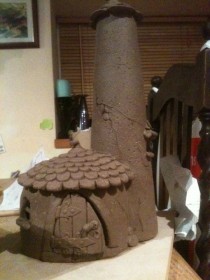 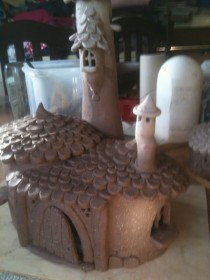 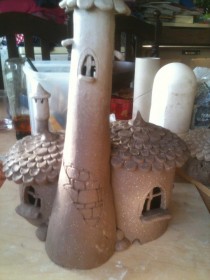 I’ve used my fairy door press molds to get a lot of detail in a small area. Then I cut around the door so it can be opened a little. This should look good with a light inside.

The single tower only took two and a half hours to make. But the big two story pub (at the top) I finally finished almost nine hours after I started it.

The fairy houses are now loaded into the kiln ready to be fired. 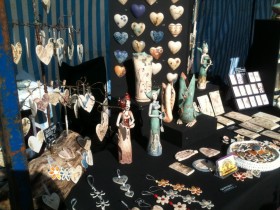 If you want to buy my work then visit my